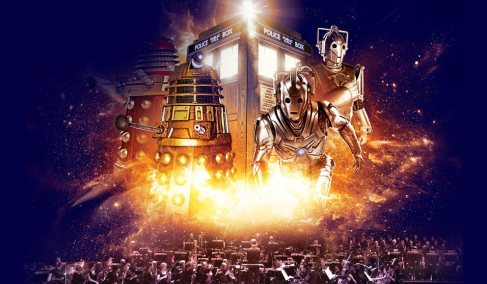 The DWSS is not, however, a travelling roadshow from the UK. Although the Conductor, Ben Foster, is responsible for the orchestration of Murray Gold’s compositions and has conducted the UK Proms, the orchestras, choruses and soloists are home grown.  This is Doctor Who with an Australian accent. Having each city’s own Symphonic Orchestra perform has been an inspired choice and has afforded audiences the opportunity to experience their own Symphony Orchestras, perhaps for the first time.  Reviewers who have seen multiple DWSSs in different cities attest to the subtle differences in interpretation given to pieces by each respective orchestra. Moreover, the DWSS has introduced the symphonic musical genre to a multitude of concert goers and schooled four symphony orchestras so far (Sydney, Melbourne, Queensland and New Zealand) in the musical delights of Doctor Who. 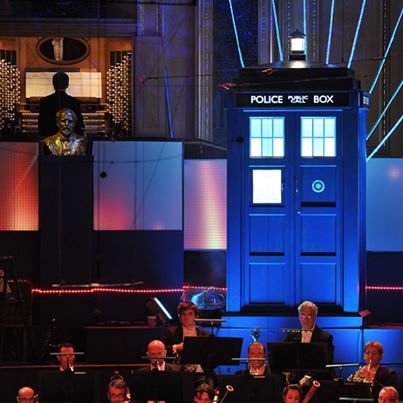 The Queensland Symphonic Orchestra performed in the Brisbane Spectacular. The QSO is Queensland’s only professional symphony orchestra and employs 88 full-time musicians. Performing over 100 live performances per year, the QSO is seen by around 100,000 people annually.  Given the 8,500 in attendance at the Brisbane Entertainment Centre, that’s almost 10% of the Orchestra’s yearly audience in one night! The QSO announced on its Facebook page that the Brisbane Spectacular was performed before the largest audience yet for a DWSS.

Brisbane Chorale  provided the vocals and is an independent incorporated association which was originally formed under the auspices of the Queensland Conservatorium in February 1983. Comprising of over 100 voices, this choral music ensemble regularly performs with the Queensland Symphony Orchestra. 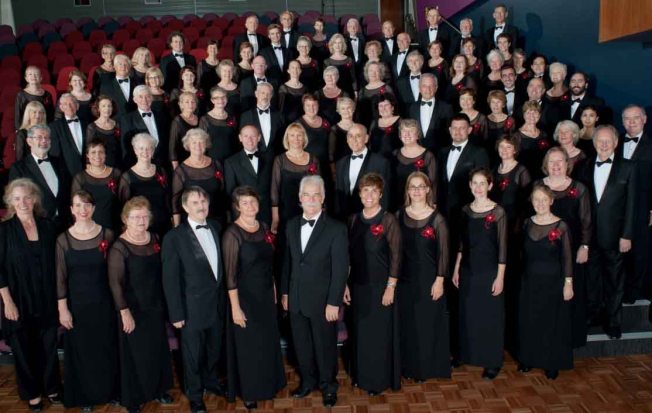 Peter Davison hosted the Spectacular and his entrance onto the stage was met with rapturous applause. Introducing himself as the Fifth Doctor, Davison advised the audience that they could just call him “005”. Lamenting the English cricket team’s demise in the recent Ashes series, he hoped the audience would be kind enough for him to cancel his taxi booking for a quick exit  to the airport. The Fifth Doctor, who alas was not dressed in his Doctor Who garb, joked about mobile phone messages and texts between himself and former companion, Janet Fielding, who was born in Brisbane.  Later Davison did his best to plug the meteoric Five(ish) Doctors Reboot without seeming to do so.  The 30 minute faux reality piece featuring the Fifth, Sixth, Seventh and Eighth Doctors is still available to view on the BBC website.

As an “Old School” Doctor Who fan one of the highlights was the Classic Doctor Who Melody. Clocking in at an all too short 8 minutes, it featured musical interpretations from The Daleks, The Tomb of the Cybermen, The Sea Devils, City of Death, Logopolis, The Five Doctors, The Ultimate Foe and The Curse of Fenric. Commencing with the TARDIS’s idiosyncratic materialization sound and a quick photo of Delia Derbyshire, the genius who realized the theme, the First Doctor and Susan are then seen to be accosted by a Dalek.  Having been greeted upon entering the Brisbane Entertainment Centre precinct with Martin Slavin’s sublimely eloquent Space Adventure it was with immeasurable pleasure that I became immersed in the short extract presented here.  Space Adventure  was the Cybermen’s theme in the Second Doctor adventures The Moonbase and The Tomb of the Cybermen. The piece received its final Who outing as the Yeti’s accompaniment in the recently recovered six part serial The Web of Fear. Visually this musical masterpiece was accompanied by the chilling emergence of the Cybermen from their icy graves in The Tomb of the Cybermen – an iconic moment in Doctor Who’s history, if ever there was one.  Listen to the original Space Adventure in full in the link below.

The Second Doctor’s encounter concludes with a second generation Cyberman delivering their 1960’s catch phrase – “You will be like us”. A short visual interlude ensued of the Third Doctor and the Sea Devils (now that’s a monster that needs reviving!), followed by an extended exploration of Paris with the Fourth Doctor and Romana II.  The Fourth Doctor regenerates to the Fifth surrounded by images of companions, (then) present and past, followed by extracts from The Five Doctors.  It was also a delight to see the Sixth Doctor’s response to Peri, “Change my dear.  And it seems not a moment too soon”.  The Seventh Doctor and Ace concluded this sentimental journey.

Tom Baker’s inclusion in two pre-taped video presentations was a delightful bonus.  Described by the host Peter Davison as balmy as ever, Baker regaled the audience with the tale of his pre-dawn stealth drive from Suffolk to Cardiff for four hours of filming with Matt Smith for the 50th Anniversary Special, The Day of the Doctor. The full two and a half minutes of Baker’s cameo as the Curator accompanied the music from the serial and met its conclusion with rapturous applause.

Nods to Classic Series Who were also evident in visual accompaniment to The Name of the Doctor. Undoubtedly my favourite aspect of Series 7 was Clara’s dream like encounters with all of the Eleventh Doctor’s predecessors in the season finale.  It was such a delight to see that segment cast upon the big screen.

Amongst the works of composer Murray Gold performed where I am the Doctor which visually incorporated the Doctor’s speech from The Pandorica Opens and The Companions, a medley of themes for companions Rose Tyler, Martha Jones, Donna Noble and Amy Pond. Interestingly, it was Donna’s theme that received the greatest applause from this Brisbane audience.  Clara Oswald’s theme was celebrated in The Impossible Girl. Cyber Shard included music from The Bells of Saint John and Nightmare in Silver, whilst The Rings of Akhaten featured the vocals of soloists Lauren Elvery and Iain Henderson. The Daleks, who did not appear in person until after the intermission, denounced conductor Ben Foster’s over-acting prior to the orchestra launching into First There were Daleks, a suite of music from various Dalek serials. Song for Fifty, sung by the Soprano, Antoinette Halloran, celebrated Who’s 50th Anniversary. Antoinette had earlier provided a soaring rendition of Abigail’s Song (Silence is all you Know) from the 2010 Christmas Special, A Christmas Carol.  Referring again to the Classic Series, Vale Decem featured clips from the Doctor’s regenerations. The Doctor Who production office’s Golden Anniversary output permitted the audience to at last see snippets from the regeneration of the Eighth Doctor to the War Doctor (John Hurt) thanks to the minisode The Night of the Doctor, and the War Doctor to the Ninth in The Day of the Doctor. In an economically packaged masterstroke Steven Moffat has rendered complete the transition from classic to current era Who.   Just when the audience thought that they’d leave the Spectacular without a rendition of the Doctor Who Theme, the orchestra and choir concluded the programme with a very short one and a half minute rendition.

Compared to the televised symphonic presentations of Doctor Who, the monsters’ presence in the Brisbane DWSS was a little light on. Gracing the auditorium were Daleks, Judoons, an Ice Warrior, the Silence, Cybermen, Ood, Whispermen, Vampire Girls, Silurians and a Weeping Angel.  Needless to say none of them reached my seat in the far outreaches high above the stalls, however those fortunate enough to be accosted by the monsters appeared well pleased by the experience. 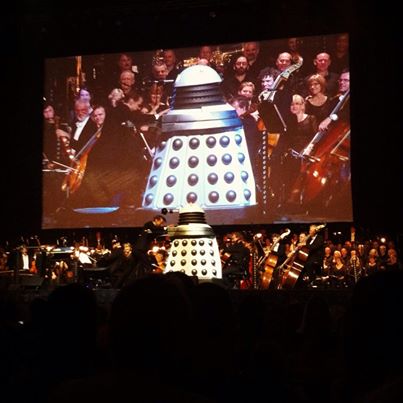 The audiences response to the Spectacular was overwhelmingly positive.  A new generation was introduced to symphonic orchestras and all were left hoping for the return of the DWSS to Brisbane in the near future.

As previously indicated, some of the musical selections played in breaks before and after the show were quite a delight.  Together with the aforementioned Space Adventure fans of the monochrome era of Who would have recognized Colonial Dance from  The Macra Terror and The Ballad of the Last Chance Saloon from The Gunfighters. I was left wondering how many others amongst the eight and a half thousand in the audience knew these hidden gems.

Tickets for the Doctor Who Symphonic Spectacular  in Wellington at the TSB Bank Arena on Friday 21 February and Saturday 22 February are available from Ticketek NZ – http://premier.ticketek.co.nz/shows/show.aspx?sh=DRWHO14