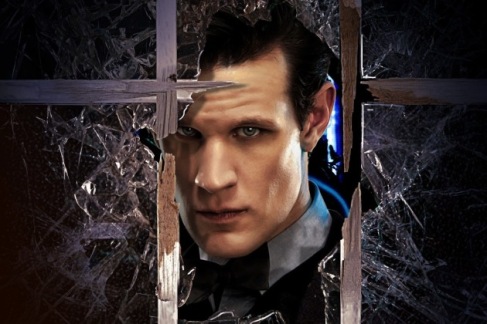 The BBC has announced a stellar line-up for Doctor Who Live: The Next Doctor which will be simulcast on ABC1 at 4:30 a.m. tomorrow (Monday) morning. Here are the details as posted on the BBC website:

Anyone shouting, ‘Is there a Doctor in the house?’ during tonight’s Doctor Who Live: The Next Doctor won’t be disappointed…

Peter Davison (the Fifth Doctor) will be there in person and Matt Smith (the current Doctor) and Colin Baker (the Sixth Doctor) will also be contributing.

The marvellous Bernard Cribbins (Wilfred Mott) will be there in person and there’ll be contributions from former companions including Anneke Wills (Polly), Katy Manning (Jo Grant), Janet Fielding (Tegan) and Bonnie Langford (Mel). Writer and actor Mark Gatiss also features in the show by way of a specially recorded video.

Celebrity fans in the studio include Rufus Hound, Liza Tarbuck and from Outnumbered, Daniel Roche. There’ll also be video contributions from Professor Robert Winston, Jo Whiley, Bruno Tonioli and following his appearance in The Power of Three, Professor Brian Cox.

And, of course, the next Doctor will be there…

Doctor Who Live: The Next Doctor is hosted by Zoe Ball and begins on BBC One tonight at 7pm.