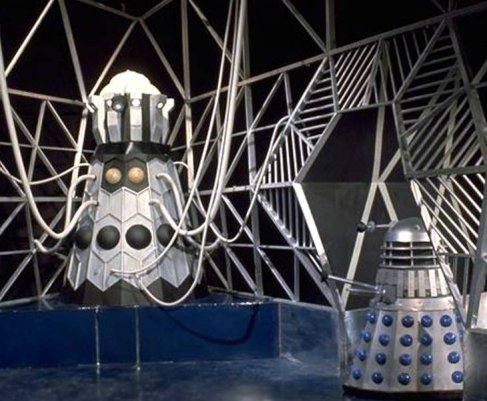 Season four draws to a close with the Daleks’ last appearance in Doctor Who for five years in The Evil of the Daleks. Ranked 18th in the Doctor Who Magazine’s Mighty 200 poll of 2009, this serial bears all the hallmarks of a classic. The most highly placed Second Doctor story in the poll, The Evil of the Daleks displays a hitherto unseen darkness in the Doctor’s character. By melding the BBC’s panache for period piece Victoriana drama and the futuristic world of Skaro, the serial arranges the Daleks in a threatening new light. 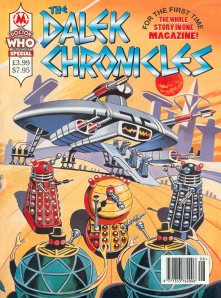 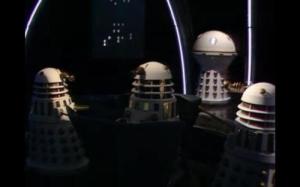 The Doctor co-operates with the Daleks in putting Jamie to a test in saving the daughter of Edward Waterfield, Victoria who has been imprisoned by the Daleks. In doing so the Doctor engages in an uncharacteristic argument with Jamie with the sole intention of utilizing reverse psychology to obtain his own ends.  The Doctor tells Jamie that he has never purported that “the ends justify the means”, however Jamie consider this to be mere words.  “You and me, we’re finished.  You’re just too callous for me”, Jamie says to the Doctor. “Anything goes by the board.  Anything at all”. 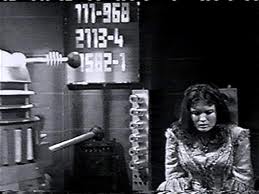 Jamie’s task is to save the companion-in-waiting, Victoria Waterfield, from the Daleks

The test which Jamie was undertaking would enable the Daleks to plot and distil those essential human characteristics that had until then always permitted humans to defeat the Daleks. Courage, pity, chivalry, friendship, and compassion were some of those virtues and emotions that Jamie exhibited in his trial to rescue Victoria.  When three dormant Daleks were impregnated with the “human factor” they behaved in a somewhat unexpected manner. Episode five ends with the Doctor being taken for a “train” ride by a Dalek.  “Jamie, they’re taking me for a ride” the Doctor exclaims in delight, “they’re playing a game”.  Episode six opens with the Doctor advising that the Daleks are only children, but will grow up very quickly – in a matter of hours, in fact. He advises the baby Daleks that Jamie is a friend and to their delight gives each of them a name – Alpha, Beta and Omega. 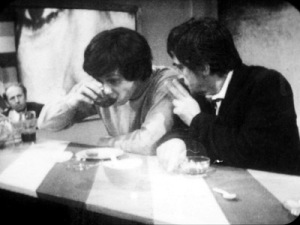 Despite their childish play the Daleks do not take on the comic like features that they did in The Chase. The Doctor’s oldest foes remained menacing because  of their radical and quick transformation back to their dangerous and menacing form. By impregnating a large number of Daleks with the “human factor” the Doctor incites a Dalek Civil War as the humanized Daleks question the orders of their superiors. Never before had the Daleks questioned “why” they automatically follow commands.  This was very much a human trait. Notwithstanding that total genocide of the Daleks is a possible consequence of the Civil War, the Doctor nonetheless  encourages their destruction.  This is very much at odds with the classic stand of the Fourth Doctor in Genesis of the Daleks.

Victoria’s father, Edward Waterhouse, sacrifices himself to save the Doctor

The chief human baddie, Theodore Maxtible, looks surprisingly like our most common images of Karl Marx.  I wonder if that was intentional? Although the Daleks were conjured into Maxtible’s 1866 Victorian home by mistake, he is nevertheless keen to make what he can out of the Daleks’ technology.  Waterfield co-ops the Doctor and Jamie’s assistance against their will but for the more honourable cause of having his daughter freed.  Waterfield is disturbed by the death that surrounds him and his complicity with the destruction caused. When he accuses Maxtible of constantly avoiding reality – that people are dying because of them – Maxtible remains indignant. “We are not to blame for everything that has happened” he said “No English judge or jury would find it in their hearts to convict us of one solitary thing”. The legality of what they had done was not Waterfield’s concern, but clearly the morality of it.  He went on to state that he would confess his role in everything once Victoria was released.  Unfortunately that opportunity was never afforded to him as he sacrificed his life to save the Doctor. 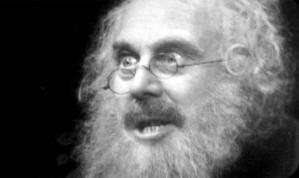 The character of Theodore Maxtible, played by Marius Goring, bears an uncanny resemblance to Karl Marx 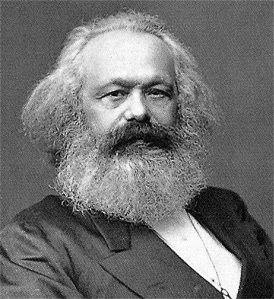 The “human factor” in The Evil of the Daleks would re-emerge in a somewhat different form, as DNA, in the Rob Sherman penned Dalek in 2005. In the first Dalek story of New Series Doctor Who, companion Rose Tyler replenishes a long dormant Dalek by placing her hand upon it.  Her DNA enables the Dalek to regenerate its casing and break free of the chains that have bound it. Later the Dalek experiences human emotions as a consequence of the human DNA.  Psychologically traumatised by emotions that are alien to Daleks, the Dalek commits suicide after commanding Rose to order its own death.  The “human factor” in The Evil of the Daleks, which precipitated questioning, the Dalek Civil War and ultimately the (temporary) Dalek destruction, had the same decimating effect on the pepper pot’s psychology and continued existence in Dalek.

Rose Tyler comforts a Dalek in the 2005 episode Dalek, thereby transferring some of her DNA to it

The Evil of the Daleks has aged badly in respect of its racial stereotyping of the character of Kemel.  Played by the West Indian born Sonny Caldinez, Kemel is a Turkish wrestler and strongman for Maxtible.  Although possessed of almost super-human strength, Kemel is both unintelligent and mute. He’s almost the kind of character that you would expect in a First Doctor story, as William Hartnell was unfortunately infamous for his intolerance of all but Caucasian Englishmen. Sonny Caldinez would go on to play an Ice Warrior in each of the four Ice Warrior themed serials in the Classic Series, The Ice Warriors, The Seeds of Death, The Curse of Peladon and The Monster of Peladon.

Sonny Caldinez played the role of Kemel, a Turkish wrester and strongman 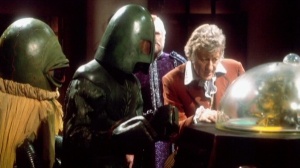 Sonny Caldinez subsequently appeared as an Ice Warrior in four Classic Series stories. He is seen here with the Third Doctor and Alpha Centauri in The Monster of Peladon (1974)

The Evil of the Daleks does leave us with perhaps one of the Doctor’s best ever quotes.  In speaking to Terrall the Doctor says,  “I am not a student of human nature.  I am a professor of a far wider academy, of which human nature is merely a part. All forms of life interest me”. “Professor” is the name that companion Ace playfully called the Seventh Doctor, but I’m rushing ahead of myself here.  Join me for my next review where Season five opens with the first 100% complete Second Doctor serial, the iconic Tomb of the Cybermen.

The Evil of the Daleks was originally broadcast in the UK between 20 May and 1 July 1967. Episode 2 is available on the triple DVD set Lost in Time