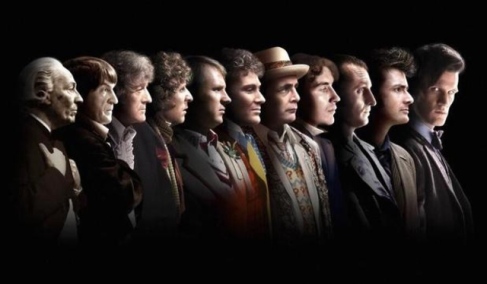 The Doctor Who 50th Anniversary trailer was aired on BBC One on Saturday night and released online immediately after. Fan reaction has been overwhelmingly positive. Notwithstanding the BBC’s statement that the “trailer does not include any actual footage of the 50th anniversary episode”, fans have nonetheless dissected and deconstructed the trailer for any hints to The Day of the Doctor’s content.

A number of enlightening articles have been posted by fellow bloggers. Particularly commendable are Blogtor Who’s image breakdown of the trailer which includes 27 screen captures and their article on 50 things to notice. Also of note are Doctor Who TV’s“11 Things we Loved in the Doctor Who 50 Year Trailer” and their “50th Anniversary Trailer Who Did You Miss?”  Also check out io9’s “24 Things you Missed from Doctor Who’s 50th Anniversary Trailer”. Enjoy deconstructing the Trailer!

A scene from the 50 Years’ Trailer. Is this the Brigadier?