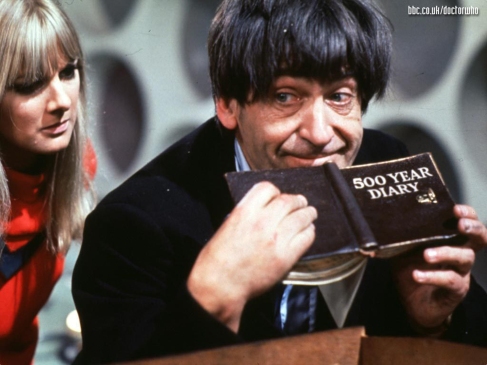 10. The Power of the Daleks

The Doctor: Life depends on change, and renewal.

Ben: Oh, that’s it, you’ve been renewed, have you?

The Doctor: Renewed? Have I? That’s it, I’ve been renewed. It’s part of the TARDIS. Without it I couldn’t survive. 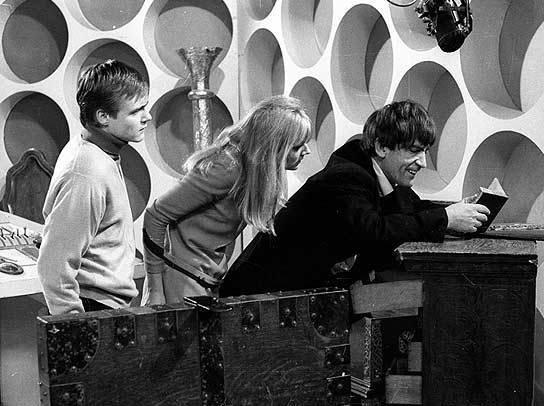 The Doctor, Ben and Polly in the Second Doctor’s first adventure, The Power of the Daleks

I hate computers and refuse to be bullied by them! 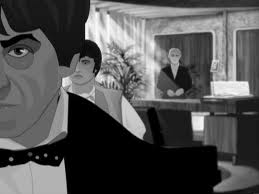 8.  The Tomb of the Cybermen

The Doctor:  You look very nice in that dress, Victoria

Victoria: Thank you.  Don’t you think it’s a bit …

The Doctor: A bit short? Oh, I shouldn’t worry about that.  Look at Jamie’s. 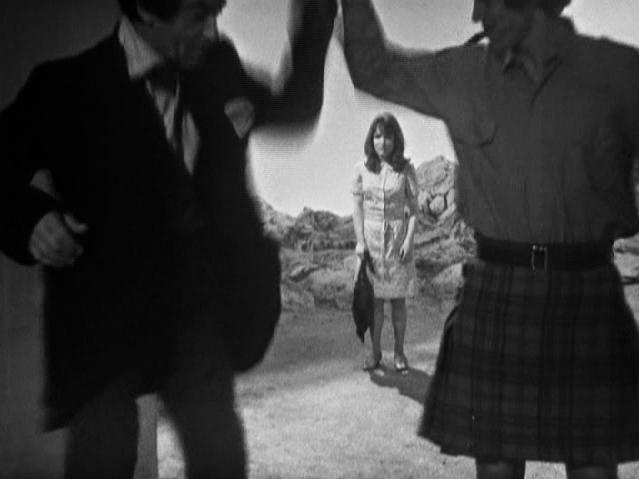 Your leader will be angry if you kill me.  I … I’m a genius! 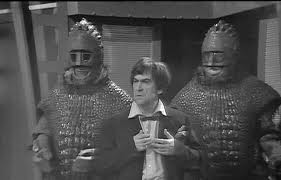 People spend all their time making nice things and then other people come along and break them! 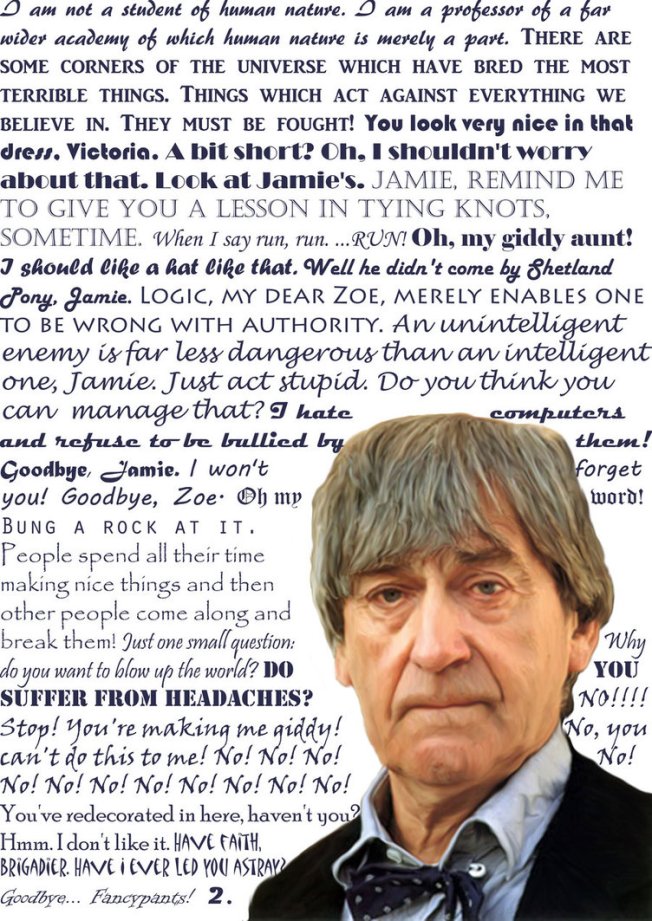 The Time Lords are an immensely civilised race.  We  can control our own environment – we can live forever, barring accidents, and we have the secret of space/time travel. 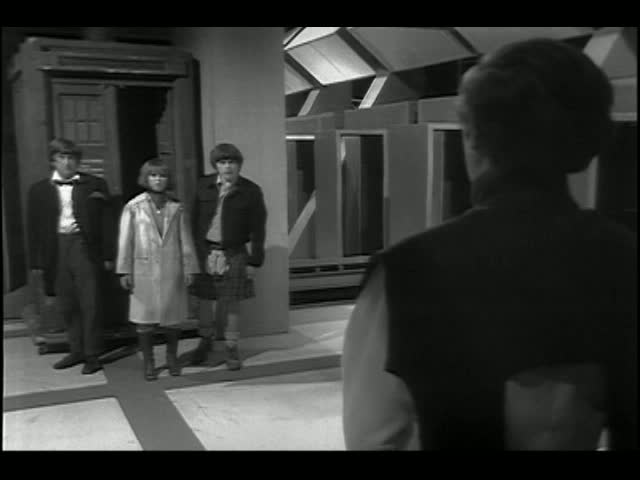 Victoria: Perhaps we’ve landed in a world of mad men.

Doctor: They’re human beings, if that’s what you mean. Indulging their favourite past time – trying to destroy each other. Time we went, come on. 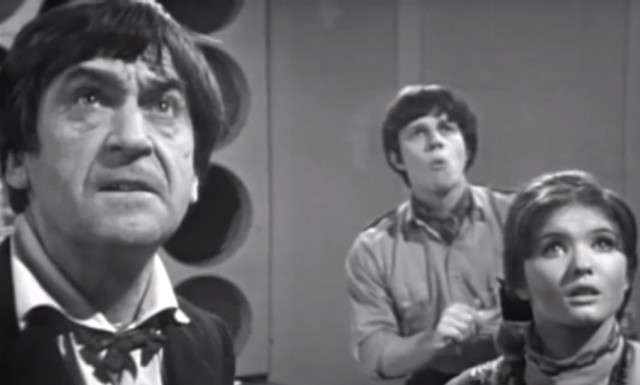 There are some corners of the universe which have bred the most terrible things.  Things which act against everything we believe in.  They must be fought! 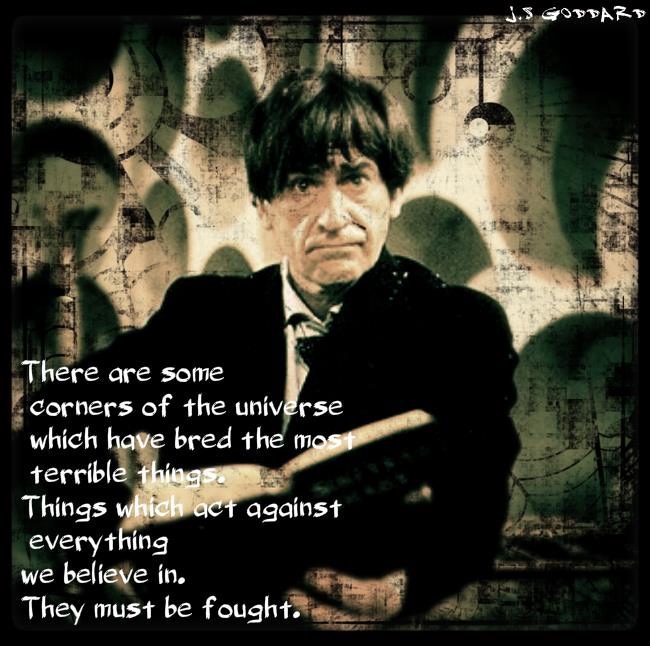 The Doctor: Oh yes, I can when I want to. And that’s the point, really. I have to really want to, to bring them back in front of my eyes. The rest of the time they… they sleep in my mind and I forget. And so will you. Oh yes, you will. You’ll find there’s so much else to think about. To remember. Our lives are different to anybody else’s. That’s the exciting thing, that nobody in the universe can do what we’re doing. 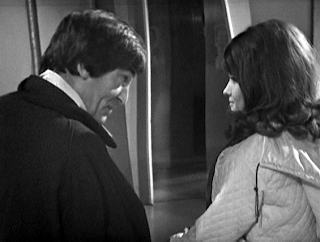 Logic, my dear Zoe, merely enables one to be wrong with authority. 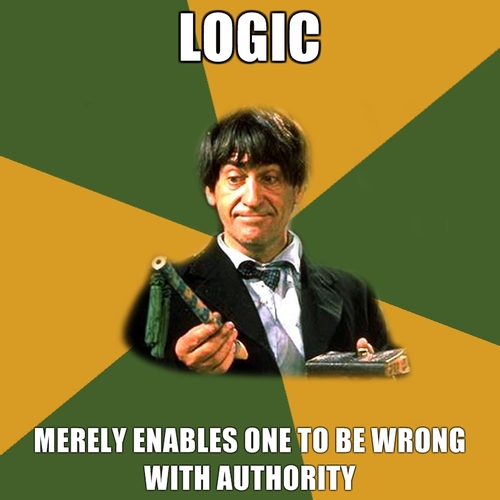