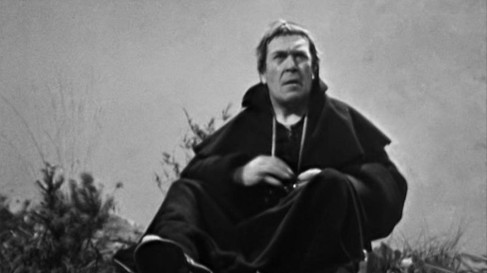 Tomorrow The Doctor Who Mind Robber will examine the 5 Greatest Monsters of the Sixties. Today, however, we look at the 10 Greatest Humanoid Villains. By humanoid we refer to any villainous character that looks human, whether they derive from Earth or some other planet. In our humble opinion 1960s Doctor Who was rather more successful in creating villains of human appearance than “monsters” in the traditional sense.  Perhaps the costumes and special effects that made the “monsters” were a substitute for good script writing, or alternatively, distracted viewers from the actual performances of the actors. In any event, we hope you enjoy our list and acknowledge now that Mavic Chen’s allegedly blue skin may have made him look somewhat less than human!

10. Klieg and Kaftan – The Tomb of the Cybermen

Eric Klieg and his associate Kaftan were members of the Brotherhood of Logicians. The Brotherhood was a group of highly intelligent individuals who believed in pure logic. The Doctor’s next companion, Zoe, would undoubtedly have qualified for membership of the Brotherhood.  Klieg and Kaftan financed Professor Parry’s expedition to Telos and accompanied the party of archaeologists.  Also present was Kaftan’s manservant Toberman. Seeking to obtain absolute power, Klieg revived the Cybermen from their tombs in the mistaken belief that they would logically support his quest for domination. Both Klieg and Kaftan were killed at the hands of the Cybermen. 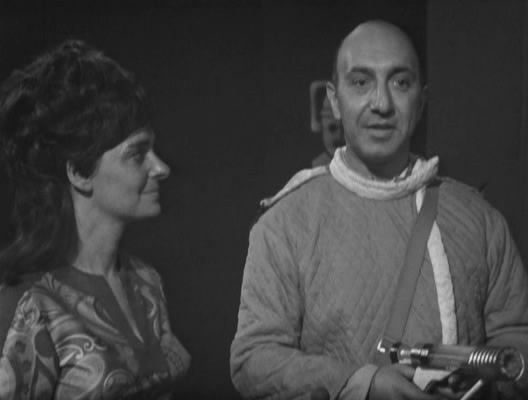 Professor Zaroff was a brilliant scientist renowned the world over for experiments involving the creation of inexpensive food from the sea. Having suddenly disappeared he was presumed dead, however the Doctor and his companions met Zaroff when they visited the lost city of Atlantis.

Zaroff was mentally unhinged and absurdly sought to destroy the world just because he could.  That he would die in the process was irrelevant as his aim to be the greatest scientist in the world would nonetheless be achieved.  His plan for the earth’s destruction involved draining the oceans into the Earth’s molten core, thereby causing the planet’s explosion from overheated steam. Before Zaroff could commence draining the oceans the Doctor flooded Atlantis and the professor was drowned in his laboratory. Zaroff is perhaps best known for his manic cry of “Nothing in ze world can stop me now!”

The Drahvins were a race of attractive blonde women whose beauty disguised their malignant intentions. Stranded on an unnamed planet when their space ship crash landed, the Drahvins were intent on destroying the Rill, another race of creatures also stranded on the planet.  Although there were male Drahvins very few were allowed to live as they “consume valuable food and fulfil no particular function”. The female Drahvins are of two castes – those with intelligence and free will who were conceived naturally, and those who are soldier drones and created in test tubes.  The latter are bred purely to fight and kill. An extensive examination of the Drahvins appears in my review of Galaxy 4. 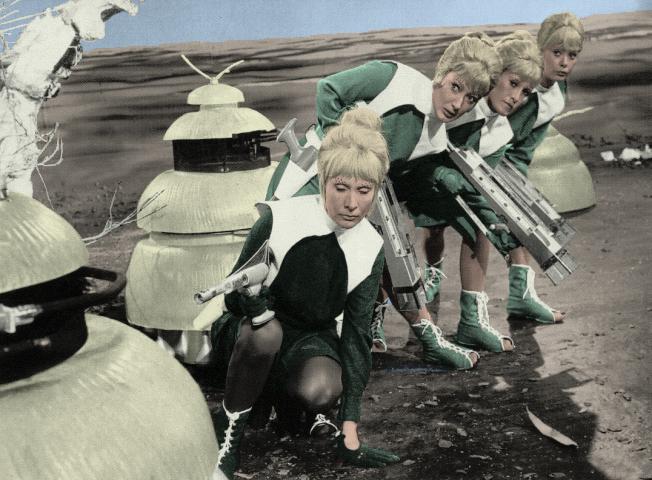 Smythe was a War Lord, a humanoid race who endeavoured to conquer the galaxy in The War Games. Akin to the Time Lords, the War Lords possessed time machines named SIDRATs (TARDIS backwards). The SIDRAT’s technology was not as advanced as the TARDIS’s and had been imparted to the War Lords by a renegade Time Lord, the War Chief.  Smythe assumed the identity of a British Army General in the simulated World War 1 zone of the War Games.  The intention of the War Lords was to select the best soldiers for use in their quest for domination. Twice he attempted to have the Doctor executed by firing squad after conducting a kangaroo court and convicting him of treason.  By putting on his spectacles and staring into his subordinates eyes, Smythe was able to successfully control their minds.  He was eventually shot dead by a member of the resistance. 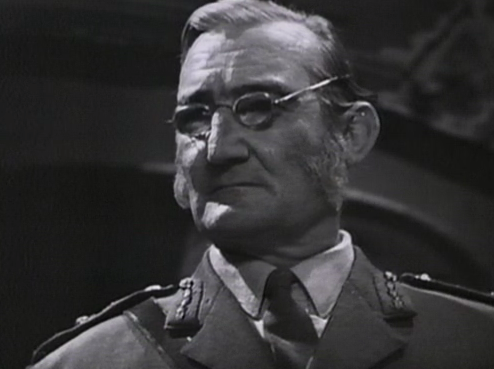 6. Oak and Quill – Fury From the Deep

Messrs Oak and Quill were engineers at the Euro Sea Gas rig that the Second Doctor and his companions found themselves on in The Fury From the Deep. Dressed in maintenance garb, the pair looked like Laurel and Hardy and were possessed by the Weed Creature. Only Mr Oak spoke.  The pair gained entry to Mrs Harris’s home on the pretext of repairing a stove.  They rendered Mrs Harris unconscious in perhaps the most terrifying minute of Doctor Who ever by opening their charcoal lined mouths and breathing toxic gas. 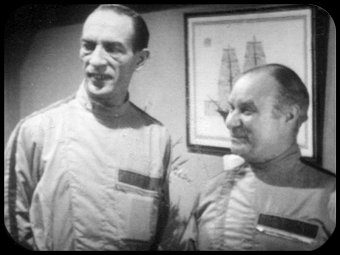 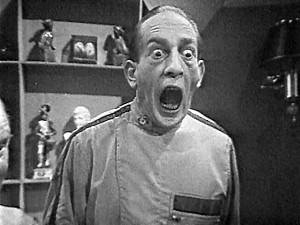 Once of the most iconic images from the Second Doctor’s lost adventure Fury from the Deep. Almost one minute of this clip survives thanks to the Australian Film Censorship Board

Performed by Australian actor Ray Barrett, Bennett was one of only two long-term survivors of a crashed space ship on the planet Dido. Prior to the crash he had murdered one of the crew members however the subsequent fate of the craft meant that he was not brought to justice.  The only member of the crew who was unaware of the killing was a young girl named Vicki.  In an attempt to ensure that he was never put on trial, Bennett killed all the other passengers, together with a number of natives of Dido, when they met for a meet-and-greet.  Vicki was sick with a fever and didn’t attend the function.  As such she was blissfully unaware of Bennett’s crimes. 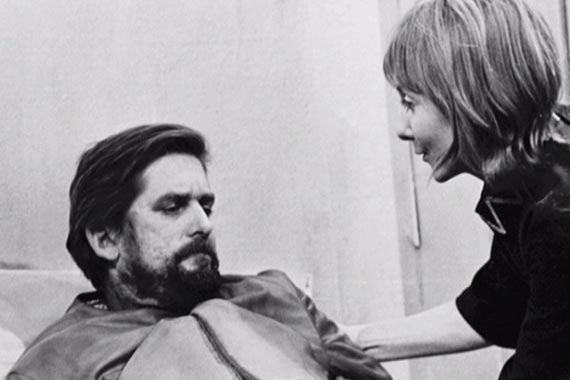 Bennett subsequently enslaved Vicki in domestic servitude and psychologically terrorised her by masquerading as a Dodo native, the horrendous Koquillion.  When the Doctor finally unmasked him Bennett was approached by two hitherto unknown humanoid survivors of Dodo. Whilst backing away from them Bennett fell to his death down a rock face. 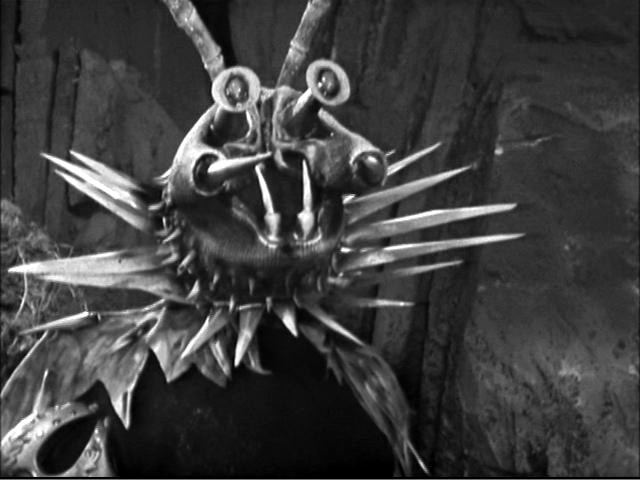 Bennett masqueraded as the horrendous Koquillion in The Rescue

The Celestial Toymaker was an immortal being with the capacity to travel through time and space.  He took the physical form of a Caucasian male dressed in the garb of a Mandarin. The Toymaker used the immense power that he wielded to control a world of children’s games in which he rigged the rules.  The games played were a matter of life and death.  In order to retrieve the TARDIS Steven and Dodo were ensnared in a series of puerile games with clowns, playing cards, ballerinas, a cook, a sergeant, and a bratty school boy. The Doctor, in the interim, was engaged in a game of trilogic with Toymaker in which he was required to move and restack 10 pieces in the exact correct 1023 moves. Annoyed by the Doctor’s banter, the Toymaker first made him invisible, save for right hand, and then totally mute. Through bluff and cunning the Doctor eventually beat the Toymaker, retrieving the TARDIS and decamping with his companions. 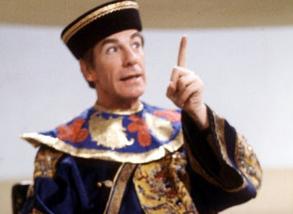 3. The Monk – The Time Meddler and The Daleks’ Master Plan

Peter Butterworth’s character, the Monk, has the distinction of being the first, and only, humanoid villain revived during Sixties Doctor Who. Certainly The Abominable Snowmen’s Travis was pretty nasty to start with, however he warmed to the Doctor and his companions during the course of that story and was undoubtedly an old friend by the time they met again 40 years later in The Web of Fear.

Unlike the other villains in this list the Monk was actually quite a pleasant chap.  Sure he played havoc with the Doctor and his friends, but always did so in a cheery manner.  Like the Doctor he also had a TARDIS, however the Monk’s actually functioned properly.  Not only was he able to programme it to materialize at the desired time and location, but its chameleon circuit was also fully functioning – at least until the Doctor sabotaged it on several occasions. In The Time Meddler the Doctor removed the dimensional control  (the chameleon circuit) from the Monk’s TARDIS which shrunk it to a minute size. The Monk was left stranded in 1066 England. In The Daleks’ Master Plan the Doctor briefly reprogrammed the Monk’s chameleon circuit and his TARDIS variously became a motorbike, a western type covered wagon and a World War II tank.  The Doctor eventually stole the Monk’s directional unit and his TARDIS ended up as a block of ice stranded on an icy planet. 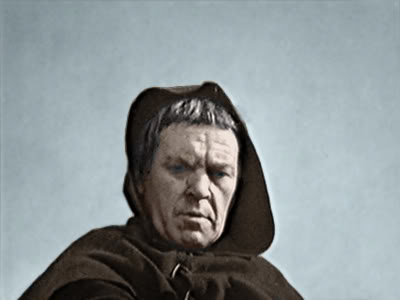 Although not identified as a Time Lord or from Gallifrey,  the Monk was certainly the first of the Doctor’s people to meet with him in Doctor Who. It’s hardly any surprise that the Monk’s race and home were not revealed in The Time Meddler and The Daleks Master Plan. The show’s writers did not invent Gallifrey or the Time Lords until the Season 6 finale, The War Games. It is only with the benefit of hindsight that fans have been able to place the Monk into Doctor Who’s continuity. The Monk is top of my list of Sixties humanoid villains that I’d most like to see revived. 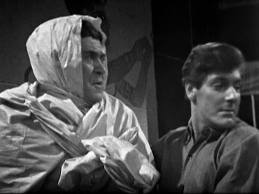 The Monk with Steven in The Daleks’ Master Plan

Tobias Vaughn is the second of two great Doctor Who villains portrayed by Kevin Stoney. The head of International Electromatics, the largest electronics manufacturer in the world, Vaughn foolishly believed himself to be capable of both using and outwitting the Cybermen in his own plans for world domination. He imprisoned Professor Watkins, an old friend of Professor Travis, and had him invent a device which created emotions so strong that it would destroy the Cybermen.  After entering into an alliance with the Cybermen and assisting in their planned invasion of Earth, Vaughn was betrayed by them and entered into an alliance with the Doctor. Vaughn and the Doctor used the machine invented by Watkins to defeat the Cybermen, but not before Vaughn met his death at the hands of a Cyberman atop a building. 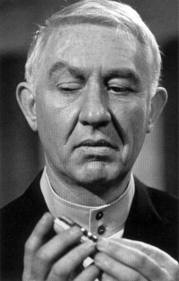 Kevin Stoney played the role of Tobias Vaughn in The Invasion

The first of Kevin Stoney’s brilliantly portrayed villains, Mavic Chen was the Guardian of the Solar System who formed an alliance with the Daleks in The Daleks Master Plan. A traitor to fellow humanoids, Chen sought to obtain universal domination by ultimately betraying the Daleks. Chen’s thirst for power gradually consumed him to such an extent that he became mentally unbalanced. Chen conscripted Space Security Service agent Sara Kingdom to assassinate her own brother, Bret Vyon, although she eventually switched allegiance to the Doctor. Having assisted in the retrieval of the taranium core required to fuel the Dalek’s Time Destructor, Chen’s usefulness came to an end and he was exterminated by the Daleks. 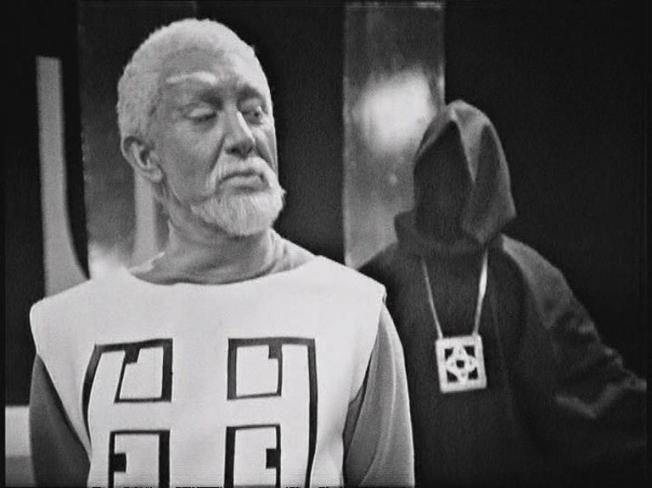