A Special Edition of The Aztecs was released earlier this year which included an abridged reconstruction of Galaxy 4, together with episode three which was recovered in 2011. The Aztecs has long been held in high esteem by fandom and is a superb example of the historical dramas that the BBC has always brilliantly produced. Set in South America during the time prior to Spanish settlement, the serial tells the story of Barbara’s determination to change history. In a quest to satisfy her penchant for bracelets, Barbara donned a snake bangle discovered not long after the party disembarked from the TARDIS.  Mistaken by the locals as the reincarnation of the high priest Yetaxa, her extraordinary knowledge of history and modern sense of morality naturally saw her rile against human sacrifice. From the beginning the Doctor’s objective was to ensure that history was not rewritten.  This was the first serial in which the parameters of “fiddling” with time and space were examined.  Barbara’s refusal to conform to the Doctor’s direction that “time can’t be rewritten.  Not one line” very nearly had fatal consequences for the Crew. Henceforth there would be limits on the TARDIS Crew’s actions. 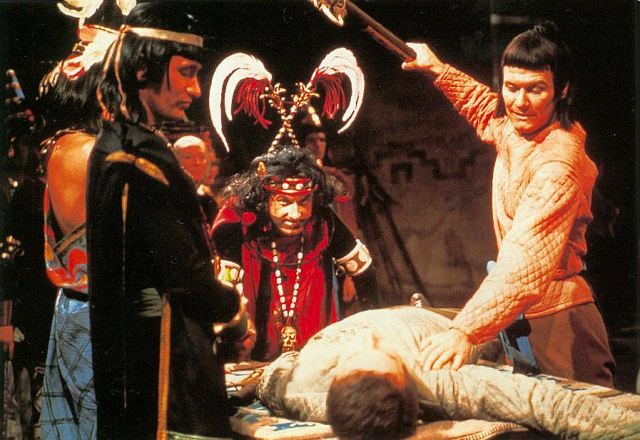 Ian was lucky to escape with his life in The Aztecs

The First Doctor’s final story, The Tenth Planet heralded a number of firsts – Doctor Who’s first regeneration, the introduction of the Cybermen and the prototype for the Second Doctor’s “base under siege” formula. Rumours abound that the missing fourth episode, which features William Hartnell’s regeneration, has been recovered.  The DVD of the story has recently been released featuring an animation of episode four.  I wonder if a Special Edition, with the (alleged) recovered episode four, should be expected soon?

The DVD cover art for The Tenth Planet

The Massacre is completely missing from the BBC Archives, although some of the current missing episode rumours suggest that it has been recovered.  Set in 1572 France, the serial chronicles the Doctor and Steven’s adventures during the Massacre de la Saint-Barthélemy (the St. Bartholomew’s Day Massacre) in which thousands of protestant Huguenots were massacred in a religious war lead by Roman Catholics. William Hartnell plays two roles in The Massacre – both the Doctor and the Doctor’s evil doppelganger, the Abbot of Amboise. As this is a historical drama it can almost be assured that the set design and costuming was brilliant.  The story is the only example in monochrome Doctor Who of a single companion accompanying the Doctor.  It also introduces new companion, Dodo Chaplet, in the last 10 minutes of the final episode.

The Doctor and Steven in The Massacre

The first Doctor Who serial, An Unearthly Child introduced the strange adventures of a belligerent old man, the Doctor, and his grand-daughter, Susan Foreman. Possessed of a time machine which externally resembled a Police Call Box, the Doctor’s Ship was larger on the inside and capable of both time and space travel.  Coal Hill school teachers, Ian Chesterton and Barbara Wright, barged their way into the TARDIS (an acronym for Time and Relative Dimension in Space) whilst looking for their student, Susan.  Fearful that the teachers would reveal his secret, the Doctor kidnapped the pair as the TARDIS was seen to dematerialize for the first time.

Episodes two, three and four of the serial are more properly known as The Cave of Skulls, The Forest of Fear and The Firemaker. The Doctor, Susan and their two unwilling companions find themselves in pre-historic times and at the mercy of a tribe of cavemen who have lost their knowledge of fire making.

The first TARDIS Crew in An Unearthly Child

I’m going out on a limb here nominating a completely lost seven part serial as the Top First Doctor story.  As outlined in our post Missing Episodes – Has Marco Polo Been Recovered?  last week, I wouldn’t be at all surprised if this classic serial has been recovered and restored, and finds its way onto the iTunes playlists before Christmas.

The fourth Doctor Who story, Marco Polo was directed by Waris Hussein who was also responsible for the first serial, An Unearthly Child. As far as the BBC is presently letting on, all that remains of Marco Polo are some stunning colour photographs taken on set and the fan recorded soundtrack.  In the days prior to home video recording and commercial VHS releases, the only way that a fan could re-live a Doctor Who episode was to listen to the reel-to-reel audio recording which they’d made during the episode’s original transmission. Incredibly, around half a dozen fan recorded collections remained extant and were located during the 1980s and 1990s. It was during those decades that fans became cognisant of the BBC’s destruction of its television heritage and went searching for what remained.  Thanks to the endeavours of a small group of hard-core fans who religiously recorded Doctor Who each Saturday evening, aficionados of Who were now able to listen to long lost episodes.

Is Marco Polo really as good as fans who watched the original and only transmission remember?  Certainly the audio suggests something very special.  Hopefully we’ll all be able to soon judge for ourselves.

Marco Polo is the earliest missing Doctor Who serial

Sara Kingdom in combat mode in The Daleks’ Master Plan 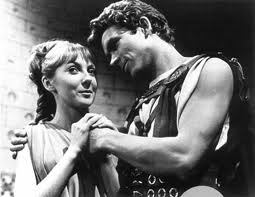 Vicki and Troilus in The Myth Makers

The image at the top of this post is a painting by Francois Dobois depicting the St. Bartholomew’s Day Massacre. No copyright infringement is intended.