The BBC Media Centre has published a synopsis of Doctor Who’s 50th Anniversary Special, The Day of the Doctor. In Australia the episode will air early on the morning of Sunday 24 November on ABC1 and will be repeated at 7.30 p.m. that evening.  The BBC’s synopsis states as follows:

The Doctors embark on their greatest adventure in this 50th anniversary special.

In 2013, something terrible is awakening in London’s National Gallery; in 1562, a murderous plot is afoot in Elizabethan England; and somewhere in space an ancient battle reaches its devastating conclusion. All of reality is at stake as the Doctor’s own dangerous past comes back to haunt him. 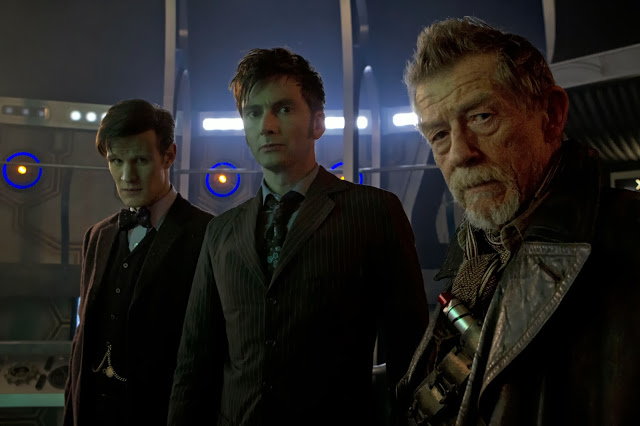 Three Doctors – Matt Smith, David Tennant and John Hurt in The Day of the Doctor