Ian Chesterton was the Doctor’s first male companion and a science teacher at Coal Hill School. The training of his discipline made him particularly sceptical of the Doctor’s claims when first they met. Some of Ian’s best dialogue was in the early days of Doctor Who when he found the belligerence of the old git almost unbearable. Join the Doctor Who Mind Robber as we explore 10 of Ian’s best moments.

(Ian and Barbara enter the TARDIS for the first time)

Ian Chesterton: But it was a Police Telephone Box. I walked right round it. Barbara, you saw me.

The Doctor: [to Ian] You still think it’s all an illusion?
Ian Chesterton: I know that free movement in time and space is a scientific dream I don’t expect to find solved in a junkyard.
The Doctor: Your arrogance is nearly as great as your ignorance.

Ian Chesterton: Let me get this straight. A thing that looks like a police box, standing in a junkyard, it can move anywhere in time and space?
Susan Foreman: Yes.
The Doctor: Quite so.
Ian Chesterton: But that’s ridiculous!

Ian and Barbara with the Doctor in An Unearthly Child

An Unearthly Child  (Episode 2) – The Cave of Skulls

Ian Chesterton: Just a minute. You say we’ve gone back in time?
The Doctor: Yes, quite so.
Ian Chesterton: So that when we go out of that door, we won’t be in a junkyard in London in England in the year 1963?
The Doctor: That is quite correct. But your tone suggests ridicule.
Ian Chesterton: But it is ridiculous. Time doesn’t go round and round in circles. You can’t get on and off whenever you like in the past or the future.
The Doctor: Really? Where does time go, then?
Ian Chesterton: It doesn’t go anywhere. It just happens and then it’s finished.

Barbara Wright: You’re very quiet.
Ian Chesterton: I was wrong, wasn’t I?
Barbara Wright: Oh, look, I don’t understand it anymore than you do. The inside of the ship, suddenly finding ourselves here. Even some of the things Doctor Foreman says…
Ian Chesterton: That’s not his name. Who is he? Doctor who? Perhaps if we knew his name, we might have a clue to all this.

Susan, Barbara, the Doctor and Ian in An Unearthly Child

An Unearthly Child (Episode 3) – The Forest of Fear

The Doctor:: You seem to have elected yourself leader of this little party.
Ian Chesterton: There isn’t time to vote on it.
The Doctor:: Just as long as you understand that I won’t follow your orders blindly.
Ian Chesterton: If there were only two of us, you could find your own way back to the ship.
The Doctor:: Aren’t you a tiresome young man?
Ian Chesterton: And you’re a stubborn old man. But you will lead. The girls in between and I’ll bring up the rear. Because that’s the safest way.

The Doctor and his companions in The Forest of Fear

The Daleks (Episode 2) – The Survivors

Dalek: You will move ahead of us, and follow my directions. This way. Immediately! I said immediately!
[Ian begins to run away]
Dalek: Fire!
[they fire at him]
Ian Chesterton: My legs! My legs!
[Susan runs towards Ian]
Dalek: Stop!
[to Ian]
Dalek: Your legs are paralyzed. You will recover shortly, unless you force us to use our weapons again. In that case, the condition will be permanent.
[to the Doctor and Susan]
Dalek: You too, help him.
Ian Chesterton: My legs, my legs. I can’t use my legs! 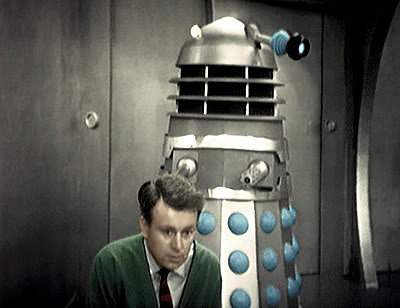 Ian’s legs are paralysed in The Daleks

The Daleks (Episode 2) – The Survivors

Barbara, Susan and the Doctor in episode 2 of the Daleks, The Survivors

The Daleks (Episode 5) – The Expedition

(Ian is frustrated that the Doctor always gets his name wrong)

The TARDIS Crew in The Expedition – Episode 5 of The Daleks

The Reign of Terror (Episode 5) – A Bargain of Necessity

(Ian has difficulty believing that his word will be accepted) 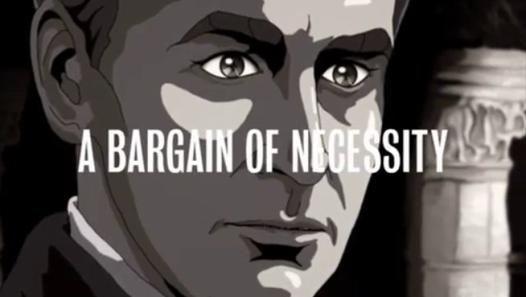 The Reign of Terror (Episode 6) – Prisoners of Conciergerie

The Doctor: Our lives are important, at least to us. But as we see, so we learn.
Ian Chesterton: And what are we going to see and learn next, Doctor?
The Doctor: Well, unlike the old adage, my boy, our destiny is in the stars, so let’s go and search for it.

Ian found himself imprisoned in The Reign of Terror

The Romans (Episode 4) – The Inferno

Ian: I’ve got a friend who specialises in trouble. He dives in and usually finds a way.

The TARDIS Crew in The Romans

The Doctor and Ian in The Web Planet

The Crusade (Episode 2) – The King of Jaffa

(Ian is knighted by King Richard of England).

Richard the Lionheart: [tapping his sword on each of Ian’s shoulders] In the name of God, St. Michael, and St. George, we dub you Sir Ian, Knight of Jaffa. Arise Sir Ian and be valiant.
[holds out his hand and Ian kisses it]
Ian Chesterton: Your majesty.

The Crusade (Episode 4) – The Warlords

(Ian saves the Doctor’s life by pretending to betray him)

Ian Chesterton: I am Sir Ian, my lord, Knight of Jaffa. I know this villain’s treachery… and hearing that you were looking for him, I followed you.

(Later, as the party return to the TARDIS)

Ian Chesterton: …Any more cracks about knighthood, and I’ll carry out that execution!
The Doctor: Well, my dear boy, I must say I think you’ve earned a good knight’s sleep! 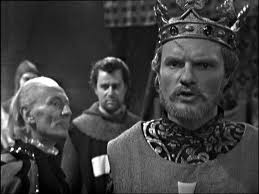 The Doctor and King Richard in The Crusade