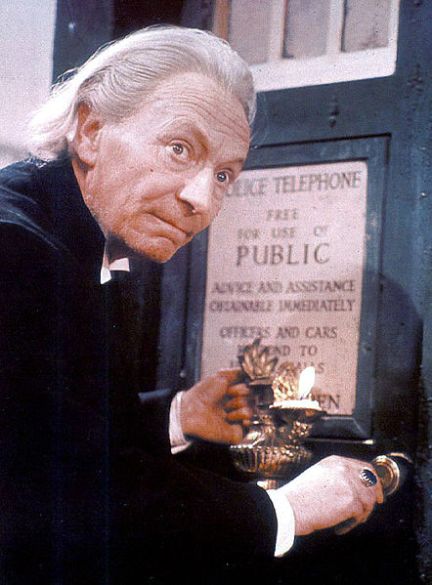 Yesterday the Doctor Who Mind Robber looked at the Second Doctor’s peculiar penchant for hats.  Today we examine the First Doctor’s accessories.  By accessories we refer to anything worn or used by the Doctor to compliment his clothing or to assist in his business  as a time-travelling hero.  The First Doctor is perhaps best known for his blue signet ring, pictured above. Together with being decorative the ring also had special powers. Amongst other things it controlled a Zarbi and opened the main doors of the TARDIS in The Web Planet; unjammed the TARDIS’s locking mechanism in The Daleks’ Master Plan; and hypnotised Dodo in The War Machines. In the days prior to the sonic screwdriver, which was introduced in the Second Doctor’s tenure, the First Doctor’s signet ring worked magic. 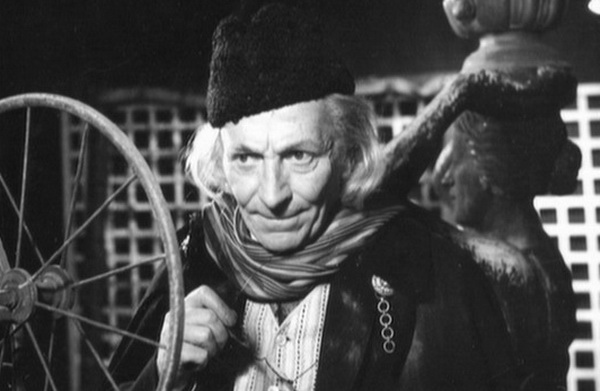 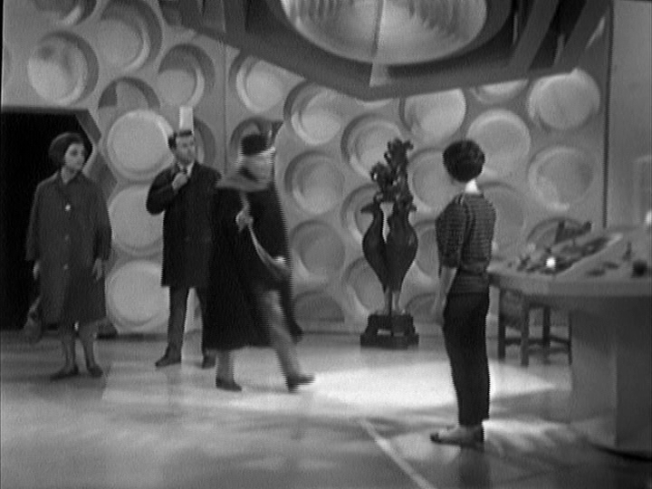 The Doctor’s cape is seen more clearly here in the first episode of An Unearthly Child. This scene has been recreated for An Adventure in Space and Time 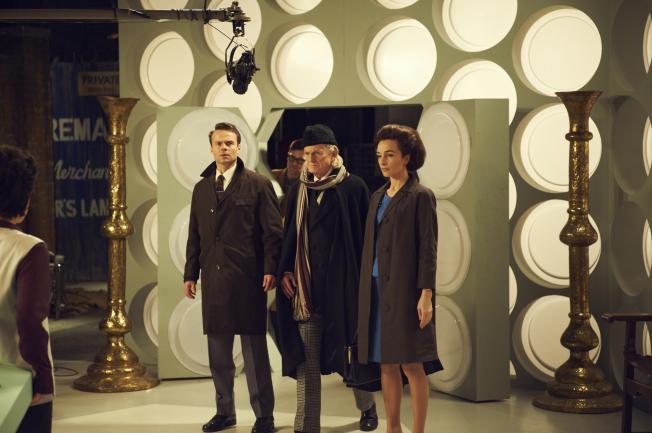 The recreated scene in An Adventure in Space and Time 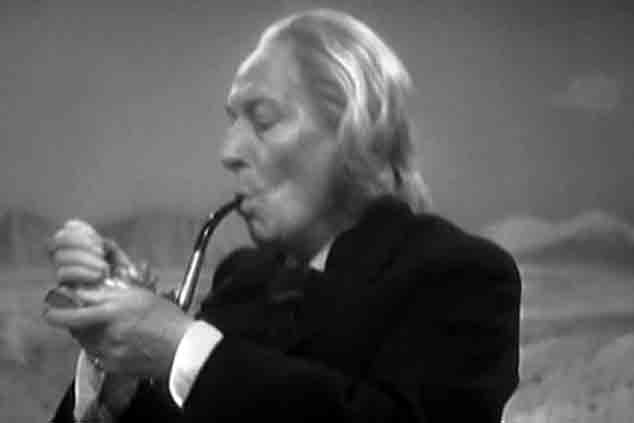 For the first and only time in Doctor Who’s history that the Doctor is seen to smoke is in An Unearthly Child. Patrick Troughton was seen smoking a cigar in The Enemy of the World but was playing the Doctor’s evil double, Salamader, at the time.

2. The Edge of Destruction 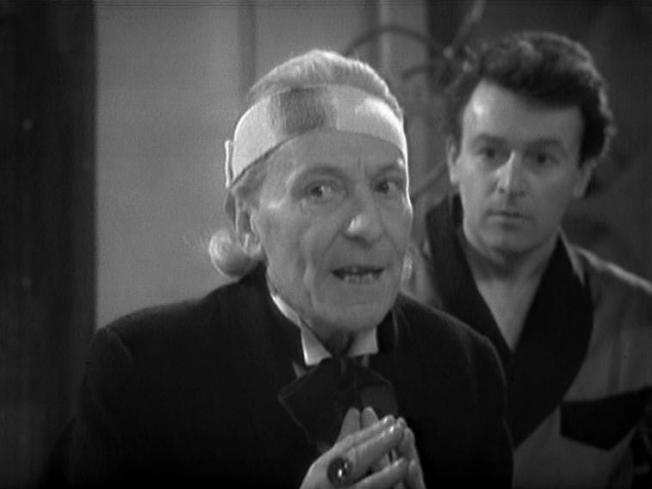 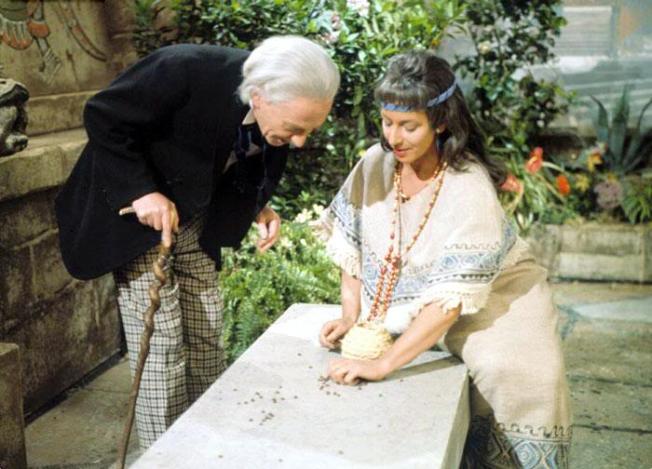 The Doctor carried a cane on many occasions. He is pictured here with his love interest from The Aztecs, Cameca

4. The Reign of Terror 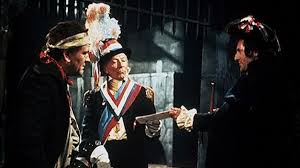 In The Reign of Terror the Doctor masqueraded as District Commissioner, resplendent in a large and colourful feathered hat 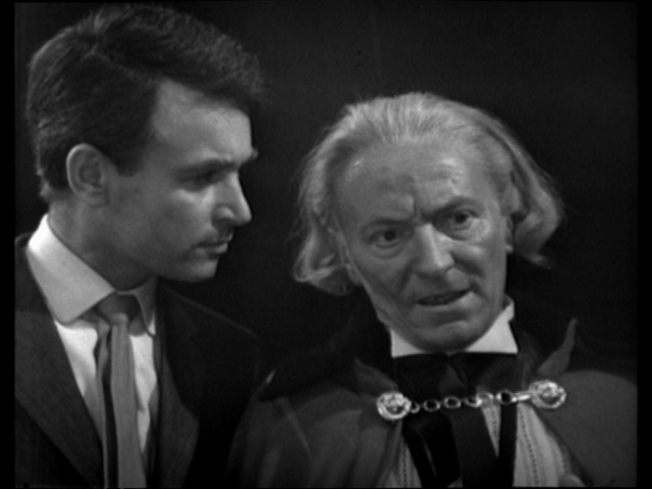 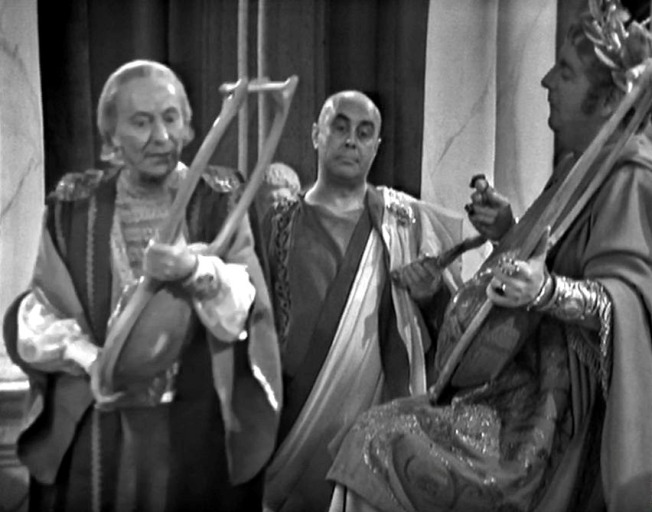 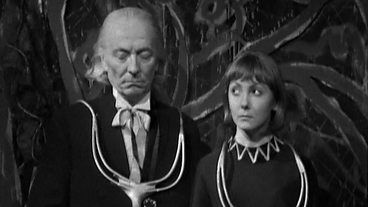 The Zarbi used these unusual collars to control the Doctor and Vicki in The Web Planet. The Doctor later referred to them as necklaces 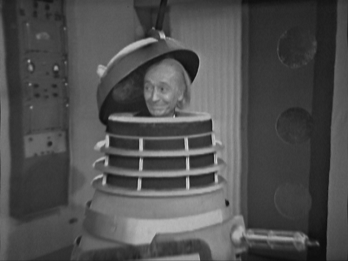 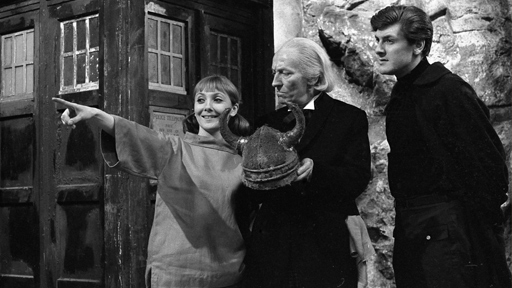 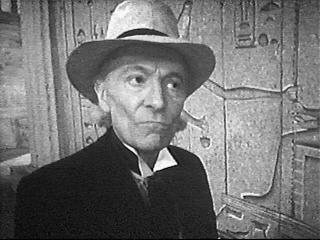 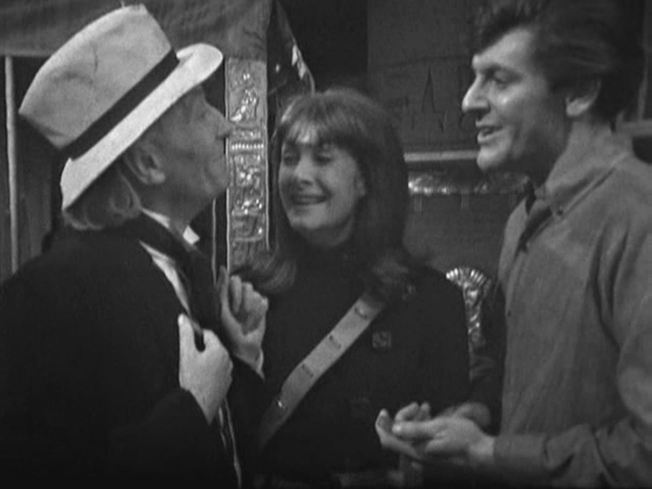 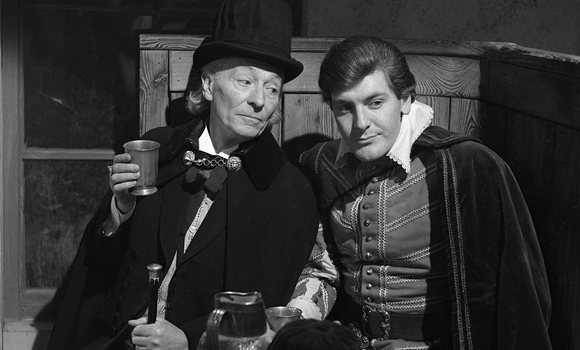 In The Massacre the Doctor wore a tall hat, not altogether dissimilar to that which the Second Doctor would become known for.  The Doctor is also seen to wear a decorative gold chain on his cape and a cane 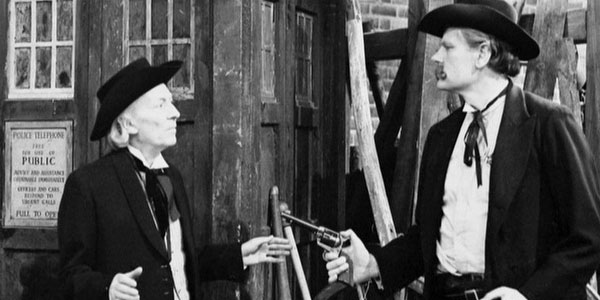 The Doctor wore a western style black hat in The Gunfighters 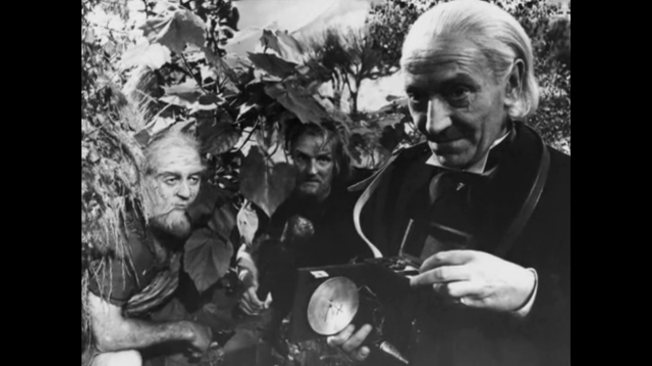 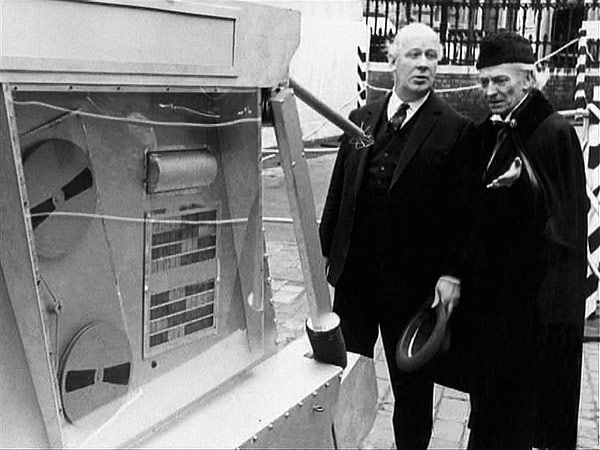 The Doctor wore a black fez in The War Machines