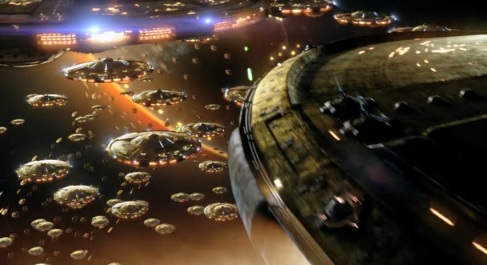 ABC Television has confirmed the Australian broadcast time for The Day of the Doctor, the Doctor Who 50th Anniversary Special, on Twitter. As the Doctor Who Mind Robber has previously announced, the special will air on ABC1 at 6.50 a.m. AEDT on Sunday 24 November 2013.  An encore screening will occur at 7.30 p.m., following immediately by the premiere of docudrama on the genesis of Doctor Who, An Adventure in Space and Time.

Geronimo! The #DoctorWho 50th Anniversary Special, The Day Of The Doctor, will air on ABC1 at 6.50am AEDT on 24 November. #savetheday